There are many moments in my life that I look back on with great embarrassment.  Some are from idiotic decisions, resulting in regret and shame, and some are from mishaps that befall me because of my clumsy nature.  All of them are funny, especially to other people. 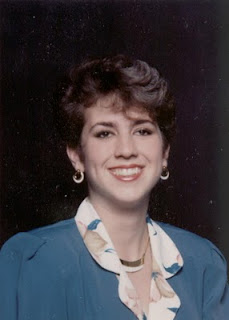 The most memorable of these embarrassing events happened on the first day of my first real job.  It was 1992, and I had just gotten a job as a mortgage processor.  I was feeling proud and nervous as I entered the ten-story glass office building.  I was in the REAL world now, and I had to prove that I belonged there.

The mortgage company was a small satellite operation, located in a three room office on the fifth floor.  There was a main room, the manager's office, and a room full of filing cabinets.  Three people worked in the office, the branch manager, the head processor, and myself.


One of my first tasks as a processor was to file important documents into clients' folders.  So I went to the file room and I was going to file the heck out of those documents.  And I did, for a while.  Real work is so hard.  As I got to the lower file drawers, I decided I should sit down to do them. I looked over, saw a chair in the corner, and dragged it over.  It was one of those wood-framed office chairs with a padded seat, similar to the pic below. 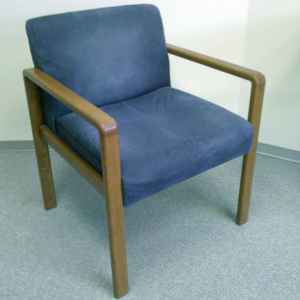 Being the epitome of grace that I am, I flopped down into the chair like an elephant on it's stool at the circus.  And as I came down, the seat gave way, and I fell into the frame of the chair.  My butt hit the floor with great force, my legs shot in the air, and papers went flying.  My face immediately turned red, and I was praying that nobody heard what happened.
I could have recovered, without injury or detection, if it were not for the fact that I was now stuck. The frame of the chair was still in tact, holding me with my knees to my chest.  I wiggled.  I squirmed.  I kicked my feet.  For the life of me, I could not get out.


The branch manager and the head processor immediately appeared in the doorway.  I could see the confused look on their faces as they tried to figure out what happened and which end of mine was up.  Once it sunk in, they burst into hysterical laughter.  I kicked and wiggled to show them I could not get out on my own. They were bent over, wide open mouth, with the silent laugh.  It took them another five minutes before they finally got me out.

We didn't speak of the incident after that day.  But I further humiliated myself about a month later, when I was running to my car, fell in a small hole, and did a spread eagle in front of the building.  For weeks, people would get in the elevator with me and say, "Hey!  You're that girl that fell in front of the building!".  Yeah, thanks.....

Thank God they didn't have cell phone cameras back then.
Posted by Anncredible at 1:46 PM