We See the World, Not as it is, But as We Are

When I was young, I seemed to focus on my own life and how things affected me. Self-centered to the point of annoying, not unlike most young adults. The world revolved around me, and I believed everything happened to me or because of me. “Don’t those people calling know that I’m doing something else and don’t want to talk?” “Don’t those people driving slow know that I’m in a hurry?” “Why do people make decisions that affect my life or what I’m doing?” The world was only as big as what surrounded me. My opinions were only based on what affected me. I did what I wanted, and I gave little thought to how it affected anyone else.

As I got older and had children, that world opened up, and I could see that there was more than just me. Things didn’t happen on my schedule….sleeping or eating for example. My needs were put aside for the lives to which I was responsible. I learned to stop the voice that said, “Me, me, me”, but there was still one that said, “Shhh, don’t you know my child is sleeping?” “Don’t they know my son has sensory issues?” “Why don’t people understand that what they are doing or saying affects my children?” “Don’t these restaurants know they’re supposed to provide things to make my children content” “Shouldn’t books and television sensor what they say for my children?”

Granted, not all the opinions were negative, as these were just some examples, but the point was that my opinions were only based on what affected my children. All of this seemed reasonable. It seemed like that’s what I was supposed to do. Doesn’t everyone do it?

And then I got cancer. At first, before the treatments began, like a vacuum, all things came back to me. What was going to happen to me? How would I make it through? Why me? And then I thought about my children. What will happen to them? How will they make it through? I worried about who would care for them, and I worried about who would love them the way that I always had. Okay, I still worry about that, and I will worry until the day I get them back in my care.

At my worst times, I cried, not for myself, but for those that have been through it. It wasn’t because I didn’t feel physical pain, but because I finally realized that there are people out there that are going through this and worse. In the darkest moments, I didn’t resent what happened to me. I didn’t wallow in misery. I thanked God that he showed me a glimpse into the rest of the world. I realized that every day that I had spent worrying about what color my walls should be, what restaurant to dine, or what dress to wear, there was someone suffering an unbearable pain.

This is exactly where I get the title of this entry. Do you view the world as a beautiful place, full of amazing and redeeming people? Or do you think the world is full of cruelty, pain and neglect. Maybe it’s the reflection you see in the mirror that molds your opinions of others. If you believe everyone is a liar, take a good look at what you choose to let come out of your own mouth. Unfortunately, an example of this is that my children are being told that I am a mean person and don’t request to see them or talk to them. Luckily though, my children see how much I love them and want to be with them. I’m not going to spend time talking bad about others, because that only shows people hate. And more than anything, I believe that people are inherently good and want to help others. Empathy can difficult for some though.

I will be honest, I’ve seen the commercials for starving children in Africa. I’ve seen the commercials for animals suffering cruelty. I’ve seen movies that depict cancer patients dying. I’ve seen all of them, and sure, I felt bad, but I never understood. I never really got it. And then, going through the worst time in my life (to date), I got an all access pass into reality, and it’s frightening and heart-wrenching. And no amount of looking at it on a tv screen can make you understand. And please know, even though I suffered many times during this process, I still don’t claim to know what others have been through. That’s the point. It’s not about me.

For the past seven months, I’ve been shown the good in others beyond what I ever imagined. Humanity came to my rescue. Friends, acquaintances, and strangers all claimed a part to help me and change my view of the world. I have never been cynical, but never in my wildest dreams believed that so many could come together and lift someone so high. I’m grateful that there are people that understand a world beyond themselves and that embrace empathy. I’m grateful for the people that pay it forward and set an example for the person I want to become. I’m grateful for whole experience that cancer has shown me. If this was Karma, it was nothing but good, because nothing but good has come out of it.

This is not about self-righteousness or being a better person than anyone else, because I admit that I’m not in any way. This is about sharing the realization that, despite our differences, despite the success or suffering of each person, we are all part of one family. Our opinions may only be relative to personal experience, but we are still capable of helping and lifting others. Pay it forward once a week, even if it’s just a kind word or smile, because you never know how it’s going to affect the person you help. And thank you for changing my life in the best way possible. And to my children, I love you with all my heart, and can't wait to be with you always. 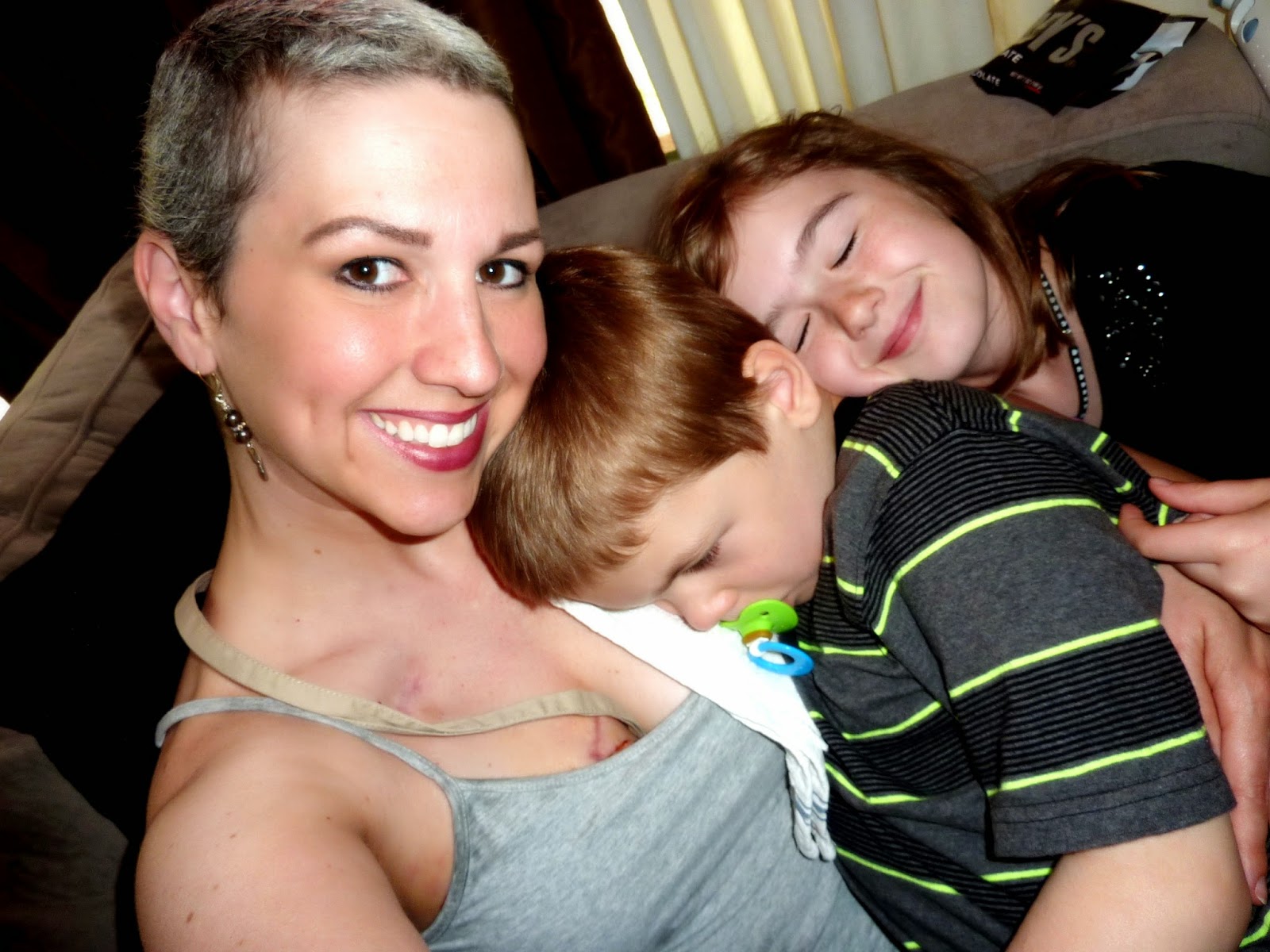