Once I was done with chemotherapy, I knew the surgery to remove my breast would be the next step.  So my friends and I threw a "Going Away Party" for my boob a few weeks ago.  My friend Deana made the most spectacular cake for the party. We even sang, "For it's a jolly good boobie" before I cut it.  Then I saved and froze one of the breasts of the cake to eat on my one year anniversary.  Afterwards, my friends all took turns trying on wigs.  We all had a blast and it completely lifted my spirits about this aspect of the treatment. 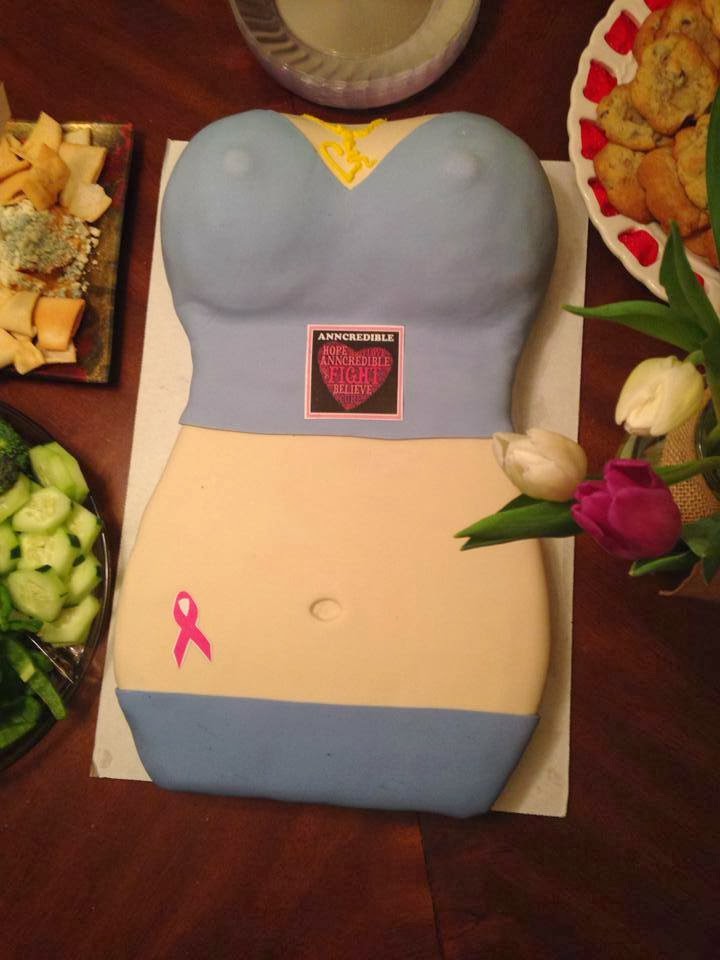 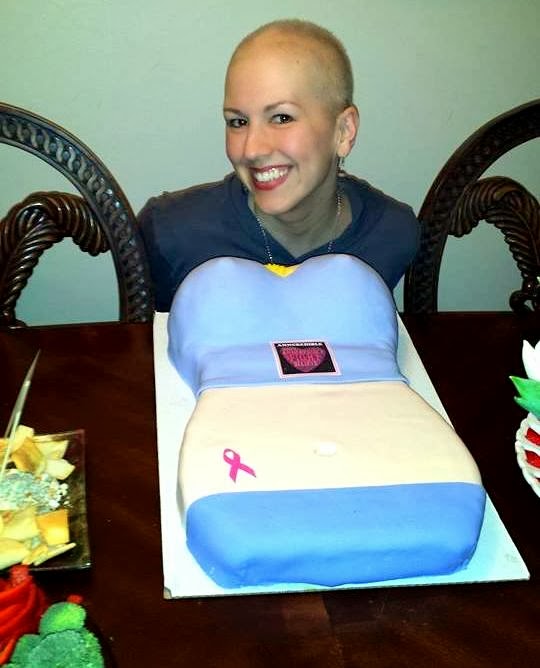 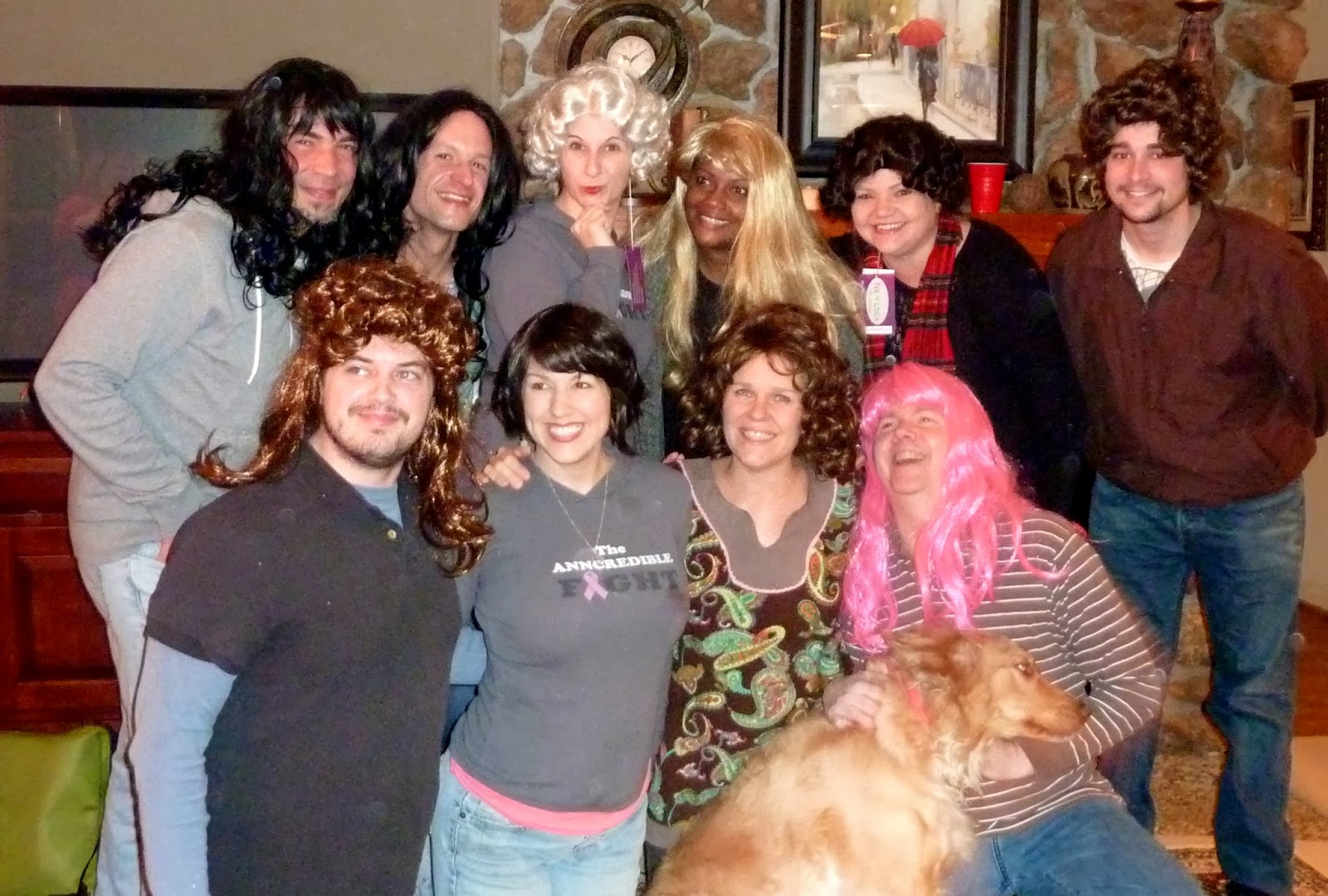 Then came surgery day (yesterday).  I had trouble sleeping the night before, because this is such a big deal for me.  Yes, other women have gone through this.  And I know it's shallow, but similar to losing my hair, my breasts were part of my identity.  And with a slight tendency towards the OCD side of things, having only one breast and being lopsided is a little difficult. :)

Anyway, my friend Karen flew in to care for me this week, and we were up before dawn to head to the doctor's office for my sentinel node mapping injection.  Did you get all that?  It's an extremely painful shot of radioactive dye that highlights any lymphnodes that contain cancer.  They did the shot directly into my breast, right below the nipple.  That pain was almost unbearable.  I even yelled, "Son of a B*tch!" in the woman's face.


The next stop was the hospital across the street where I got in my gown, met with the surgeon, and got a shot in my stomach, an iv full of sleeping drugs, and compression sleeves on my legs. 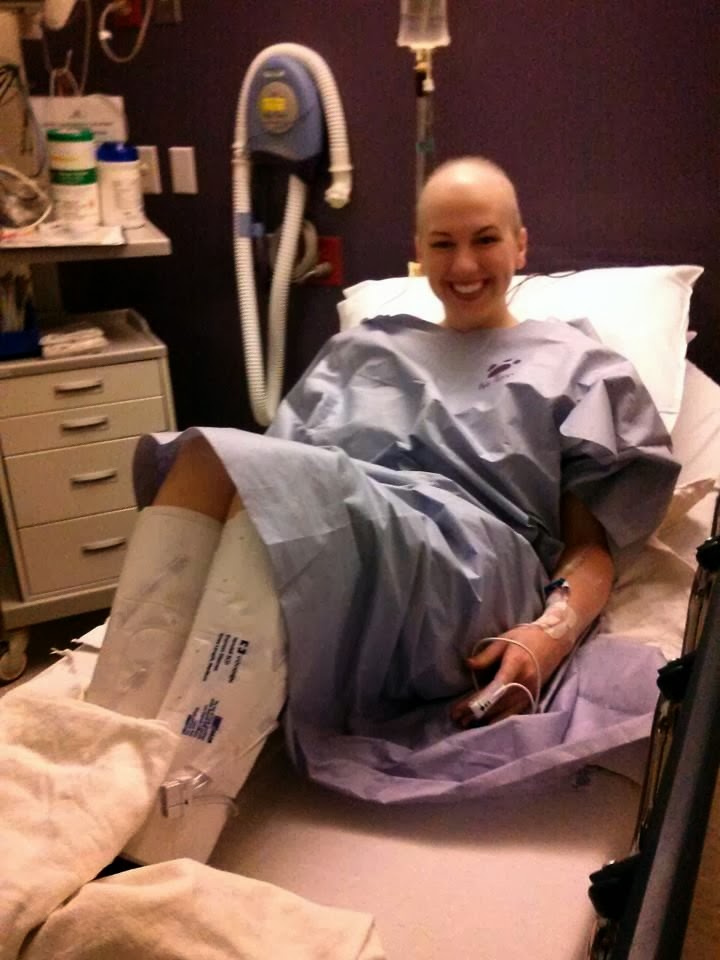 I don't remember much of yesterday.  But I do recall the surgeon coming to talk with me about the surgery and what she found.  So here it is...   The injection I got at the doctor's office was a blue dye that collects on the lymph nodes that have cancer, or more accurately, the main gatekeeper lymph nodes.  When I was diagnosed with cancer, they found it in at least three lymph nodes (according to the PET scan).  When they did the biospy, they left a metal marker in the lymph node that had the largest tumor (about 2cm).

During the surgery, the surgeon took out a few lymph nodes to be tested then and there to determine if there was cancer still in any of them.  It's like they just cut a big piece and test it there, but it's not as detailed and thorough as the pathology they will do later.  Anyway, she took out about 8 lymphnodes, including the one with the metal marker.  NONE of them had cancer.  She said it was remarkable that even the one with the largest tumor showed no cancer.  That is not to say they will not find it later when they do full pathology on my breast and lymph nodes.  But based on the samples, there is no cancer.  The doctor said was unusual, remarkable and only seen about 20% of the time.  Yay!

In addition, I'm off pain meds, other than Tylenol.  And I'm able to get almost full range of motion with my arm.  The physical therapist came to show me what to do, and she was shocked that I was already doing what the goal was.  Go me! :)

There WILL be reconstruction, but not for a while.  Depending on the pathology, if all the cancer is really gone, I may not have to do radiation.  But that won't be decided for at least another week or two.  Once radiation is done, and my skin has healed from that, then I can do reconstruction.

And the best part was my view from the hospital room.....