I went to the Oncologist today for a normal appointment and labs.  What I didn't expect was surgery!

First, I met with the doctor, and we went over my labs (which look great) and the upcoming surgical plans.  We talked about my treatment with chemotherapy and what it means for the future.  My story is going to be a little different than others, because my treatment is somewhat unprecedented.  Let me explain.

First, I made a choice to do surgery after chemo.  That is not typically the case for most patients. There have not been any studies done to determine which is better, it's just left to the patient or doctor to decide.  What we do know is that chemo has shrunken, if not completely eradicated the cancer, because we can no longer feel any lumps.  That brings me to the next part of the unprecedented treatment.

My doctor started me on Adriamyacin/Cytoxan, which is standard aggressive protocol for breast cancer.  After I started that, a new drug Perjeta, was approved by the FDA in October.  I am the first, and only so far, patient of my doctor that has had both the A/C treatment AND the Perjeta.  My case will be an interesting benchmark for future cases if it works as well as we hope.  The truth will be in the Pathology.

When I have the mastectomy, they will test the tissue for cancer.  If the tissue has NO cancer cells, then the chemo has completely killed the cancer, and likelihood for recurrence drops to 15% over the next ten years.  If there are cancer cells remaining, for example, a larger tumor reducing to a smaller tumor, then the recurrence rate increases to about 40% over the next ten years.  I can't wait to find out!

I will still continue with Herceptin, the hormonal therapy for another 14 rounds, every three weeks.  But that will be nothing in comparison to the chemotherapy.  And after the mastectomy in a couple weeks, they will start the five week radiation.

While I was there, I also mentioned, like I've been saying every time I come in, that my port is causing great pain.  The only difference this time was the fact that it LOOKS bad.   Everyone freaked when they saw it, and the doctor sent me straight to the surgeon to take a look.


When I got to the surgeon's office, the nurse looked at my port, ran out of the room and returned within a minute to say they were taking it out TODAY.  They moved me to a procedure room, got me in a gown, and made me sign a consent. 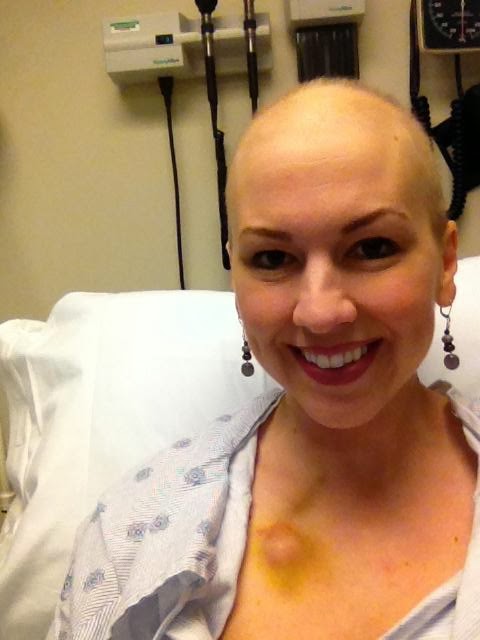 After six shots of numbing juice, and a few jokes from the surgeon, he got to work.  The port was giving him a really hard time, because the muscle had grown around and attached to the base of the port.  He tugged and pulled, and had to give me another shot for pain, and finally got the port out.  Two layers of stitches and some steri-strips, and I was done. 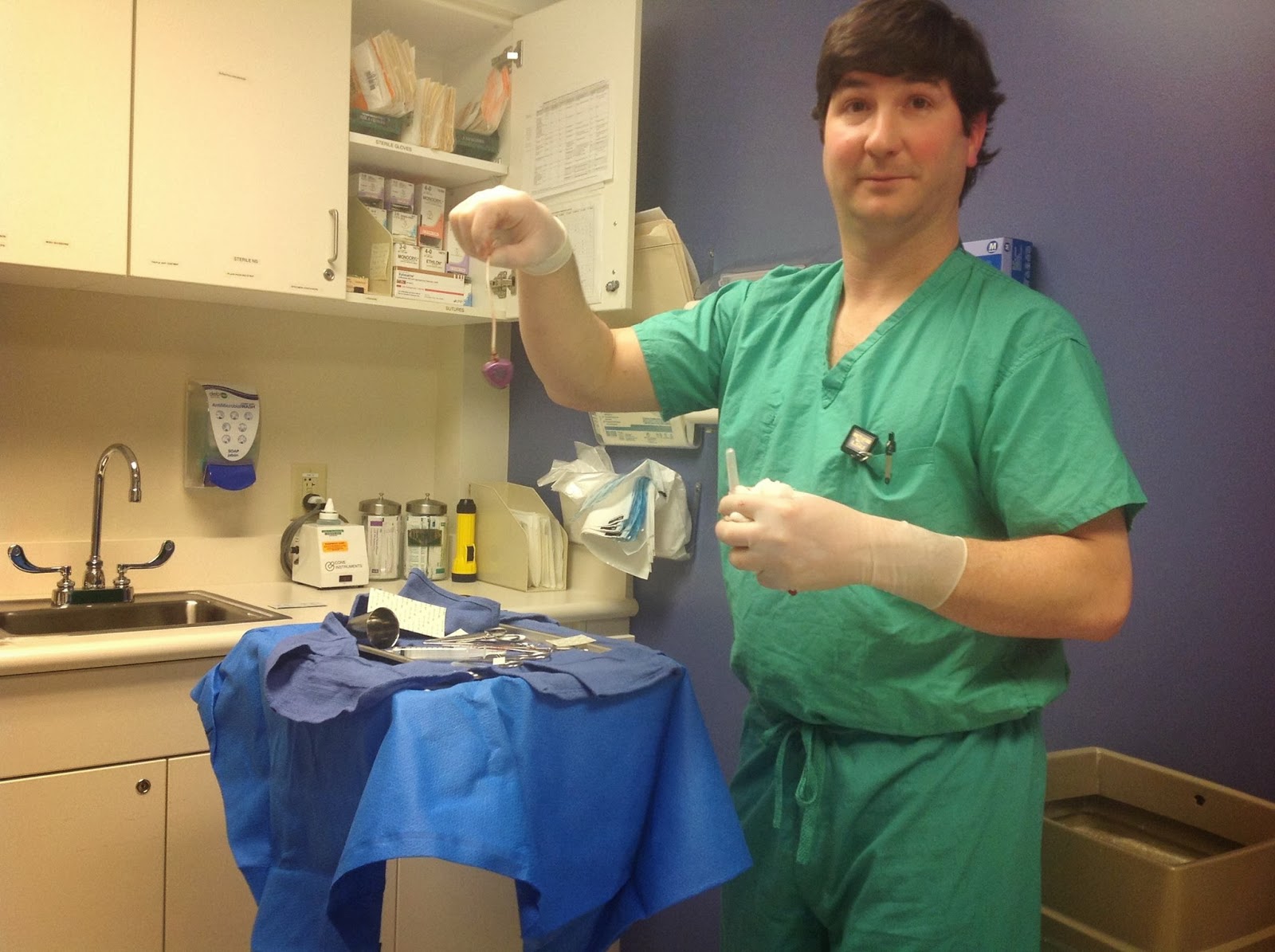 Now I am home resting and waiting on the pain medicine to kick in.  I didn't expect what today brought, but I'm SO glad that stupid port is gone!!!