What Have I Been Up To?

Well, I just realized it's been several months since I posted.  Life has been BUSY!  Let's see if I can give you some updates....


Back in May, I discovered another lump in my right armpit, where I originally found cancer.  The Oncologist and I agreed to keep an eye on it to see if it grew.  It was hard and fixed in place, and the doctor suggested that it's most likely cancer.  Because it was still there in July, we agreed to do a PET Scan to see where else cancer may have spread.   Turns out, it was scar tissue and there is NO CANCER in my body.  Even the tumor that used to be in my left shoulder is gone!

During this time of worry, my boyfriend talked me into putting in an above ground pool for the kids.  It would help us ALL relax....  And in my brain, I'm thinking I'll just put it all on the credit card because I'm going to die from all this cancer anyway.  Yes, I realize this wasn't a great idea, especially because it turned out to be scar tissue, but it made sense at the time.  My kids wanted to have some summer fun, and this inflatable was not what they were looking for. 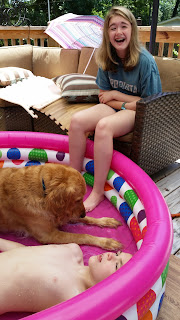 But what I didn't realize was, my medically fragile child, Eliah, would make HUGE strides in learning to use his body in the pool.  I have been so proud that it brings me to tears.  He loves the freedom, and he tries so hard to move and swim.  He can even hold his breath under water!

Here's what the pool looks like, and video of Eliah trying to swim is included.  I still have to build a bar top, but that will probably happen next year.  Who knows, I might even put a surfboard up there as the bar.  We'll see what I come up with. 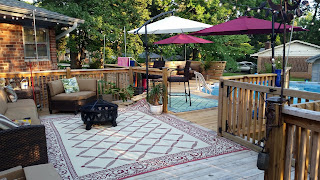 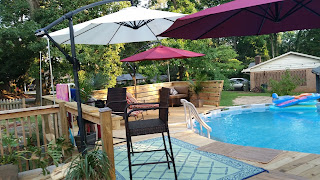 My swimmer!  It takes him a long time for his brain to move the right parts of his body, but he is trying to figure it out.  It's exciting, because it's the ONLY time he is not restricted by a chair, floor, weight of his body, or someone holding him.

We even installed a lift to get him in and out of the pool. 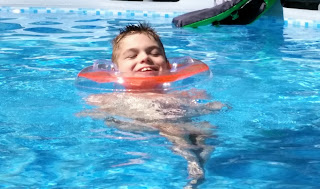 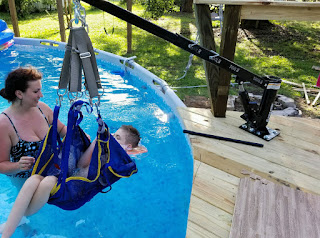 I also tried gardening again this year.  FAIL.  My tomato plants turned out to look Charlie Brown Christmas trees.  I will admit it wasn't a priority this year. 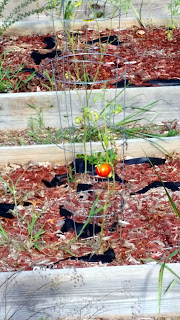 Now, on to my other projects this year.  Christmas day last year, I decided that I needed the wall down between my dining room and kitchen.  It's a small dining room that only gathers mail. And I would rather have a huge kitchen than a small galley kitchen and small dining room.  So, without asking, I volunteered my supportive and patient boyfriend to help me.  He was not too sure about doing this on Christmas....


Nevertheless, construction started, and we both worked really hard to turn this into a modern kitchen.  I sold the dining table, an armoire and an aquarium, which paid for some new cabinets.  The rest of the cabinets were either already there, or I got them free from my old work.  Pretty much everything stayed where it was in the kitchen, and I just added the island top, new floors, and new lighting (which I installed all by myself with the help of youtube videos).

Here are the before pics... 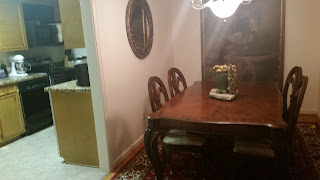 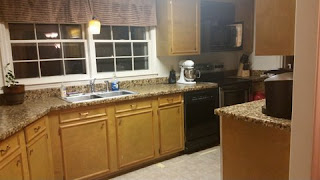 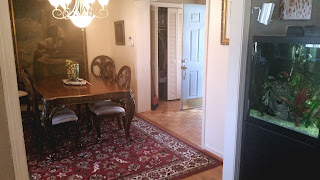 And here are the after pics.... 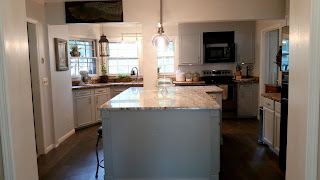 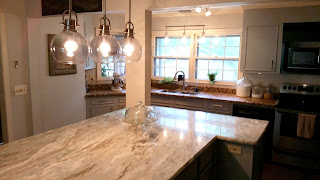 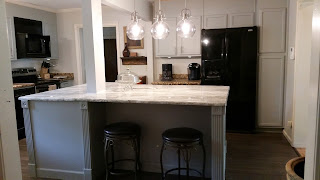 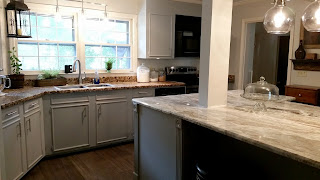 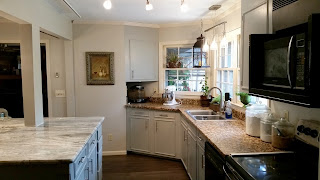 Needless to say, I LOVE cooking in the kitchen now.  We did all the work ourselves, with exception of scraping the popcorn ceiling and laying the floors.  By that point, I was done messing with it and hired a neighbor to do it.  But I think overall it's a huge difference, without having to spend a whole lot of money.  It doesn't hurt that it increased the property value.  In the six years I've been in this house, I've gained about $100k in equity with the market and improvements.  That's exciting!

Now on to the people in my life...

Natalie is now 13years old and in the 8th grade.  Not sure how that happened so fast, but I'm so proud of her.  She works hard, reads lots of books, and is one of the kindest souls I've ever known. 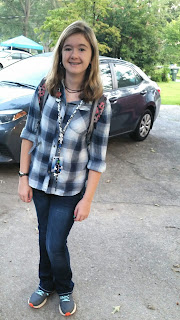 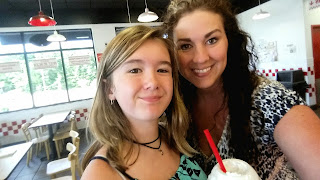 Eliah is now 10years old and in the 5th grade.  He LOVES school and his teacher.  The best part is that they see how smart he is and work with his skill level.  They don't talk around him, they talk to him. 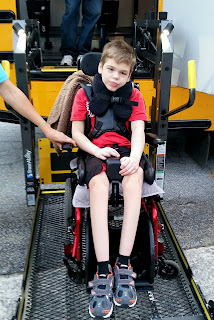 I got to see my dad, stepmom and niece a few weeks ago.  It's hard to believe it's been three whole years since I've seen them! 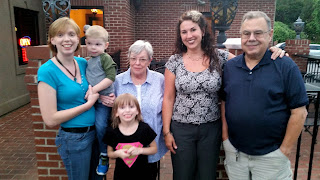 But, aside from work, I reached another milestone.  I am now a four year cancer survivor!  How on earth did these last four years go so fast?   I still take my supplements every day.  My blood work looks fantastic. 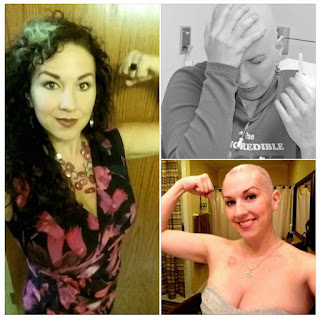 And, if you don't recall, I posted a while back about weight gain. Well, I finally got a handle on the weight gain after chemo.  I had too much estrogen, few too many carbs, and I was miserable from my job.  I also discovered that not all calories are created equal.  After four months on the Ketogenic Diet (which is also good for cancer survivors), I'm down about 30lbs.  I'd like about 10 more gone, but this has been a good start.  I have so much more energy, great bloodwork, and I still get to eat bacon.   This is kind of embarrassing, but here is a before and in progress pic.  Note the stomach area in the before pic (yuck).  The before pic was actually after I had lost 8lbs.  Geesh. 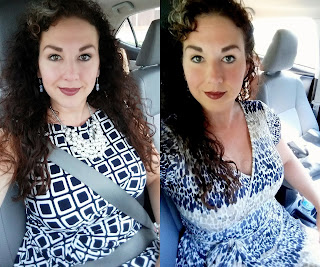 Anyway, that's about all that's been going on this year.  I will try to do better in keeping up.  I know I always worry when a cancer survivor that blogs goes silent.  But I'm here, very healthy, and doing my best to keep up with life!
Posted by Anncredible at 1:35 PM No comments: