It's been just over two years since I was first diagnosed with Breast Cancer.  I went through seven rounds of chemotherapy, five surgeries, and 22 infusions at the hospital.  I went on to turn down Radiation Therapy and a five year sentence to Tamoxifen (a hormonal treatment).  I opted instead to treat my body holistically, and I created a perfect combination of natural supplements to build my immune system.  This is what happened...

I remember a year ago, I had just finished my last infusion at the hospital, and I was starting to grow concerned about a recurrence of cancer.  I had been feeling a small lump in my armpit on the same side I had cancer.  It was just like when I first felt it the year before.  As November and December passed, the lump grew larger, almost the size of a walnut.  I asked the Oncologist about it, who also felt the lump, but he tried to ease my fears by saying it must have been from the fat grafting on the new breast (even though no fat was injected into my armpit).  He said that we would keep an eye on it though.  And by January, it had grown to the size of a golf ball and I could no longer sleep on my right side due to pain.

Of course I started to panic, and I looked back over my year of research on natural strategies to fight cancer to come up with a plan. I had already been taking probiotics and vitamins, but I hadn't really started to take the things that I found would actually kill cancer.  I guess I was just waiting to see what happened with my body first.  Well, that lump was inspiration enough to start on my list of natural supplements.

I hadn't gotten to the point of making the blends yet, but was taking the ingredients individually.  The main one I took at the time was Mangosteen.  There was SO much evidence, and so many clinical studies on how Mangosteen kills cancer cells, that I tried it without hesitation.  I started with taking about two teaspoons a day of Organic Mangosteen powder that included the pericarp (rind).  By day four, I was in so much pain that I could barely move my arm.  I almost went to the emergency room it hurt so badly.  But I just continued taking Mangosteen and drinking lots of water.

By day nine, I was still in pain, but was shocked to feel that the lump in my armpit had shrunken by half.  It was odd shaped, not round, and was still very painful.  By day 14, it was gone completely.  NOT A TRACE.  Was it cancer?  I honestly don't know. But whatever it was was gone!

I went back to the Oncologist in March for another checkup and he asked about the lump in my armpit.  I told him that it was gone and what I had done with Mangosteen.  He scoffed at first, and then was shocked to find that I no longer had a lump in my armpit.  He looked at his notes from last time to see that he did in fact say I had a lump there in December.  But he never really acknowledged or congratulated me on fixing it myself. I suppose it doesn't matter though. I know he hates to admit natural stuff works.

Anyway, now, I am right at the time that breast cancer recurrence is at it's highest likelihood, the 1.5-2 year mark.  Many women go through all the horrible treatment, only to discover that cancer has returned and is now resistant to chemotherapy and radiation.  It's a terrifying time.  This past month, I was having some heart palpitations and new fatigue, so I ran back to the Oncologist.

Update on the above fatigue:  I was low on Potassium, and Maca Root was affecting my thyroid.  A month later and I am back to normal.

First, the doctor said that my bloodwork is better than his.  That thrilled me!  Second, I had an abdominal ultrasound, which not only was normal, but the technician said, "Wow, you must really eat healthy food, you have no signs of Fatty Liver!"  Apparently most of the population has that issue.  And lastly, I bit the bullet and did a PET/CT Scan to see if there was any cancer in my body.  Did I mention it's terrifying to worry about cancer?

Side note: The way the PET/CT scan works is, you are injected with a fluorescent radioactive glucose.  Once in the body, the glucose immediately heads to highly active body tissue, inflammation, and cancer cells.  Any highlighted areas on the scan are called "uptake".  The higher the uptake in non-active tissue the more likely it is to be metastatic cancer.

When I was first diagnosed with Breast Cancer in September 2013, I did a PET scan then, and it showed uptake in my left humerus.  They weren't sure at that time if that was metastatic cancer or not.  The only definitive way to know is to do a biopsy, which would have been extremely painful.  So we just left it and treated cancer as if it were Stage II, not knowing if it was IV.  Although a recent peek on my online patient access to the hospital shows my medical history as Stage 4 breast cancer.

Anyway, when I did the PET/CT a couple weeks ago, they found that I still have what they think is some kind of tumor in my left humerus/shoulder in the bone marrow (See image below).  The good news is, it has not changed in two years, and whatever I am doing is keeping it completely under control. I also have mild uptake on my right chest wall where I had cancer, but the doctor says that is most likely just inflammation from all the surgeries.

But since I have palpitations and some fatigue, and we know it's not from cancer, the next step is checking my heart.  I had some serious issues with my heart during chemotherapy, so it's likely just a bit of damage from the conventional treatment.  I will know more once I do the echo-cardiogram in a couple weeks. Oh how I wish I had never done chemotherapy!  (Update:  It was low Potassium causing the palpitations)

Other than that minor hiccup, life is wonderful!  This has been a very good year.  I'm working full time and loving my job (see my office below).  I'm actually really good at my job too!

The children and I are catching up on our time lost during the past two years.  We are so happy to be together again! 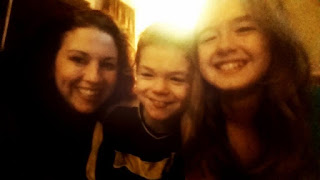 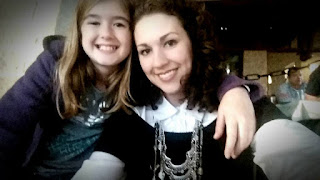 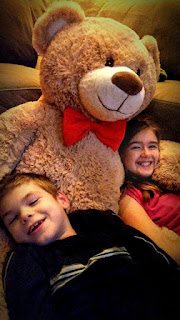 Molly the dog is still alive, going on 4 years!  And I could not feel like a luckier person!  What a difference from two years ago.  Having it so bad for so long just makes these moments so much sweeter.  I'm beyond grateful for my life and my health this year. 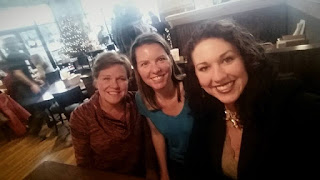 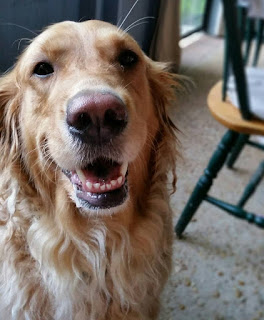 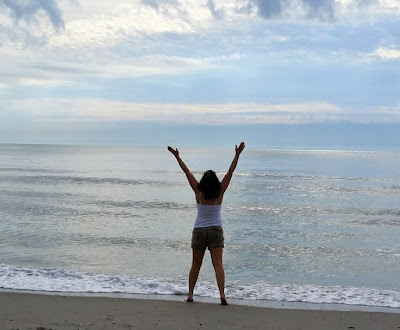